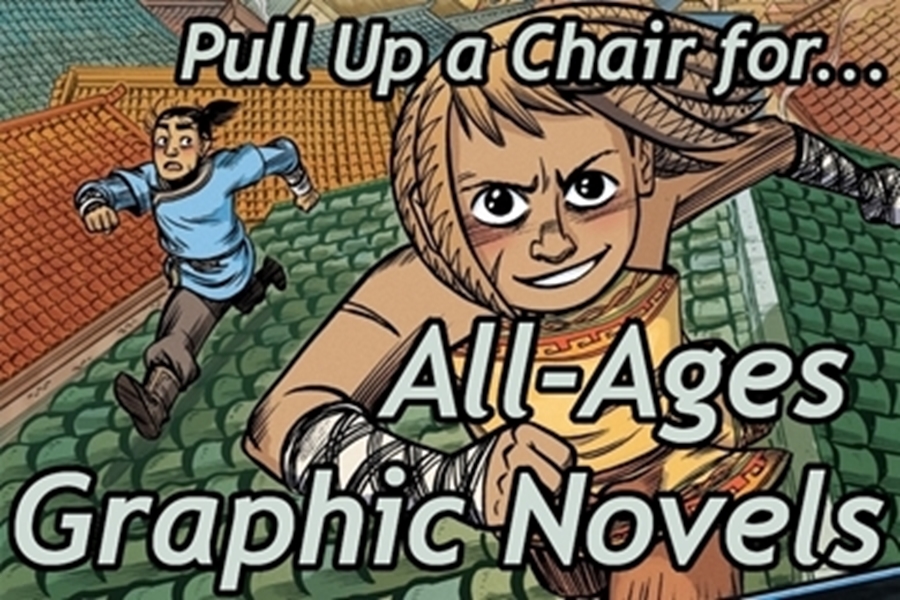 If you're looking for something to sit down and read with the kids (or even just something to encourage them to read on their own) look no further. Here at Bedrock we've got a huge selection of all ages graphic novels that are sure to entice young readers. Here's our pick of the 10 top all-ages graphic novels. 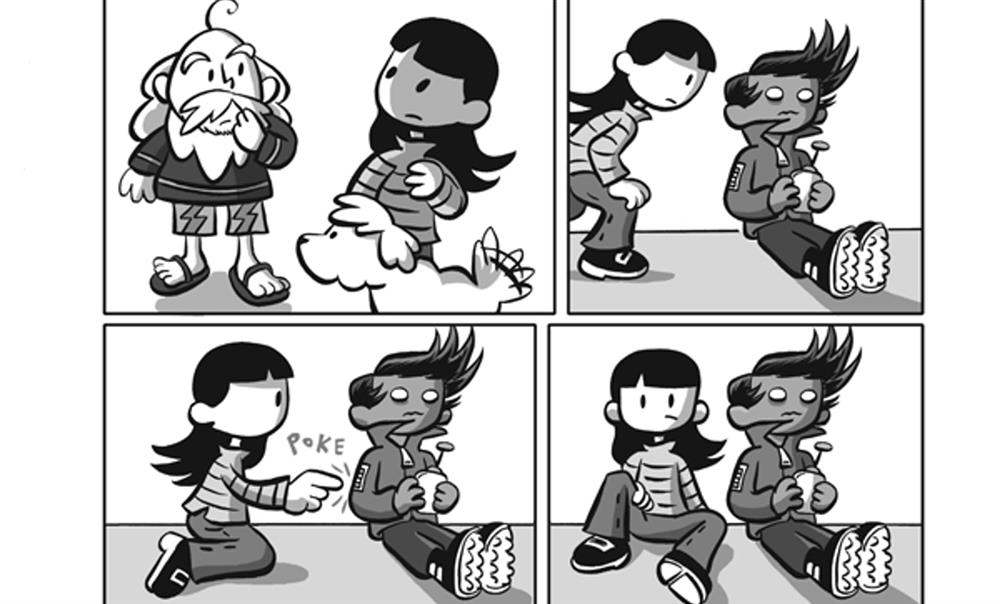 The wild and wacky world of Astronaut Academy is back! It's spring semester at this futuristic institution of learning, and Hakata Soy has lost his heart. Literally. And he's not the only one; something  is stalking the halls of Astronaut Academy, impersonating the crush-objects of students and making off with their extra hearts! With a sprawling cast of unforgettable characters, Astronaut Academy: Re-Entry is a high-octane, hilarious follow-up to Dave Roman's zany Astronaut Academy: Zero Gravity. 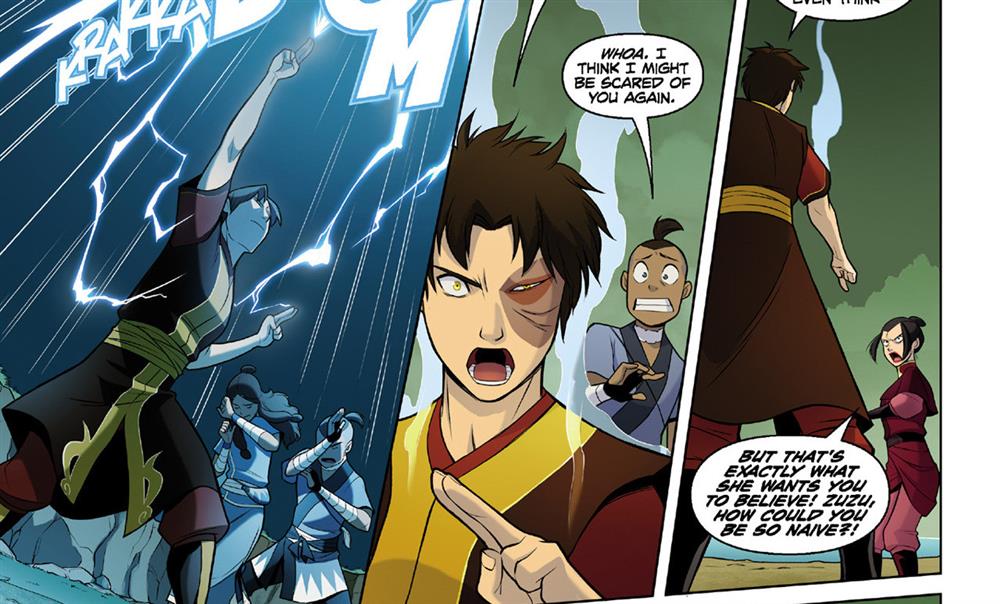 Avatar the Last Airbender: the Search

For years, fans of Avatar: The Last Airbender and The Legend of Korra have burned with one question-what happened to Fire Lord Zuko's mother? Finding a clue at last, Zuko enlists the aid of Team Avatar-and the most unlikely ally of all-to help uncover the biggest secret of his life. 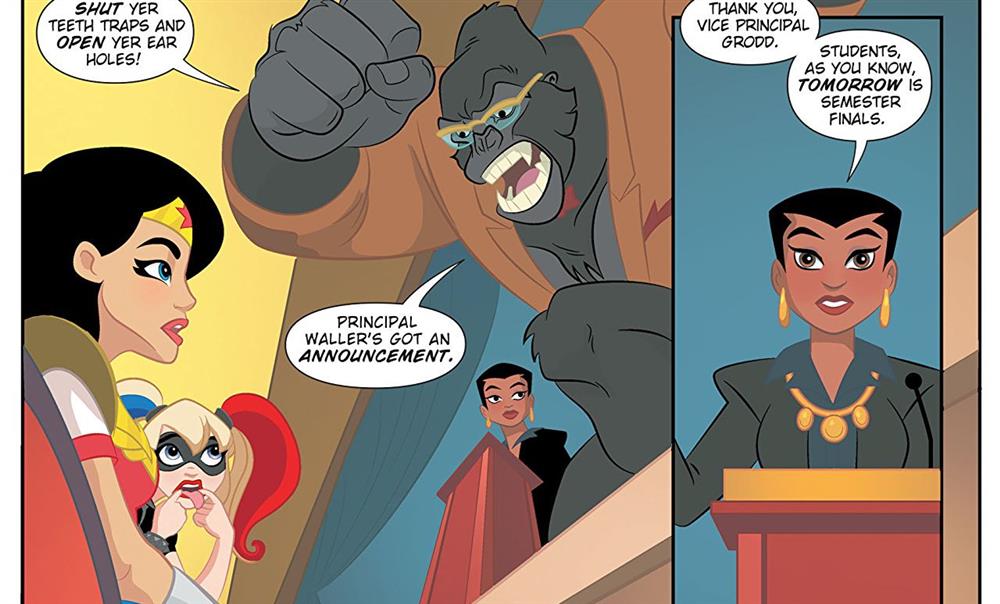 Preparing for high school exams is hard enough, but at Super Hero High, even the tests are super-tough! Principal Waller keeps an eagle eye on her students, drilling them in math, science, literature-and other subjects like flying and powers! And no one wants to fail, because Principal Waller hands out detention faster than a speeding bullet. In the first-ever all ages DC Super Hero Girls original graphic novel, Supergirl, Wonder Woman, Bumblebee, Batgirl, Harley Quinn, Katana, and Poison Ivy are studying hard - well, maybe not Harley Quinn - when they are each abducted by a mysterious villain! Will the students outsmart their captor, save Gotham City, and still pass their finals? 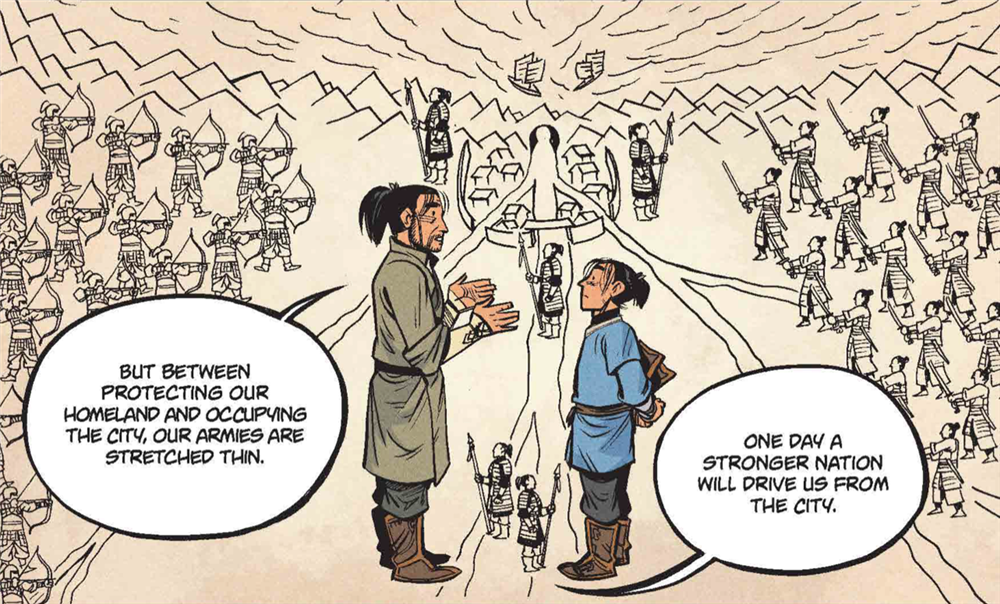 Every nation that invades the City gives it a new name. But before long, new invaders arrive and the City changes hands (and names) once again. The natives don't let themselves get caught up in the unending wars. To them, their home is the Nameless City, and those who try to name it are forever outsiders. Kaidu is one such outsider. He's a Dao born and bred--a member of the latest occupying nation. Rat is a native of the Nameless City. At first, she hates Kai for everything he stands for, but his love of his new home may be the one thing that can bring these two unlikely friends together. Let's hope so, because the fate of the Nameless City rests in their hands. 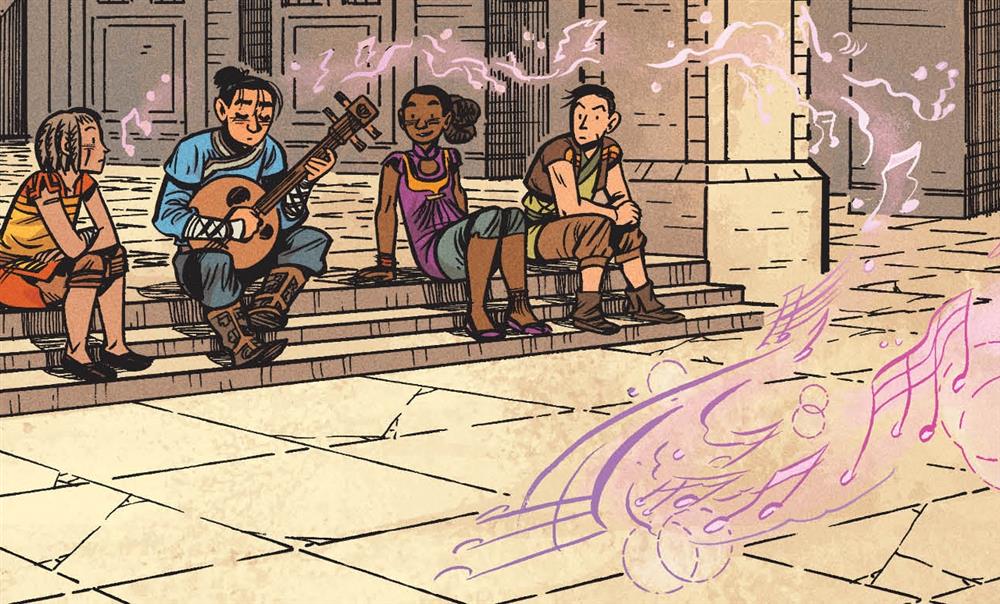 Kaidu and Rat have only just recovered from the assassination attempt on the General of All Blades when more chaos breaks loose in the Nameless City: deep conflicts within the Dao nation are making it impossible to find a political solution for the disputed territory of the City itself. To complicate things further, Kaidu is fairly certain he's stumbled on a formula for the lost weapon of the mysterious founders of the City. But sharing it with the Dao military would be a complete betrayal of his friendship with Rat. Can Kai find the right solution before the Dao find themselves at war? Available in Softcover and Hardcover editions. 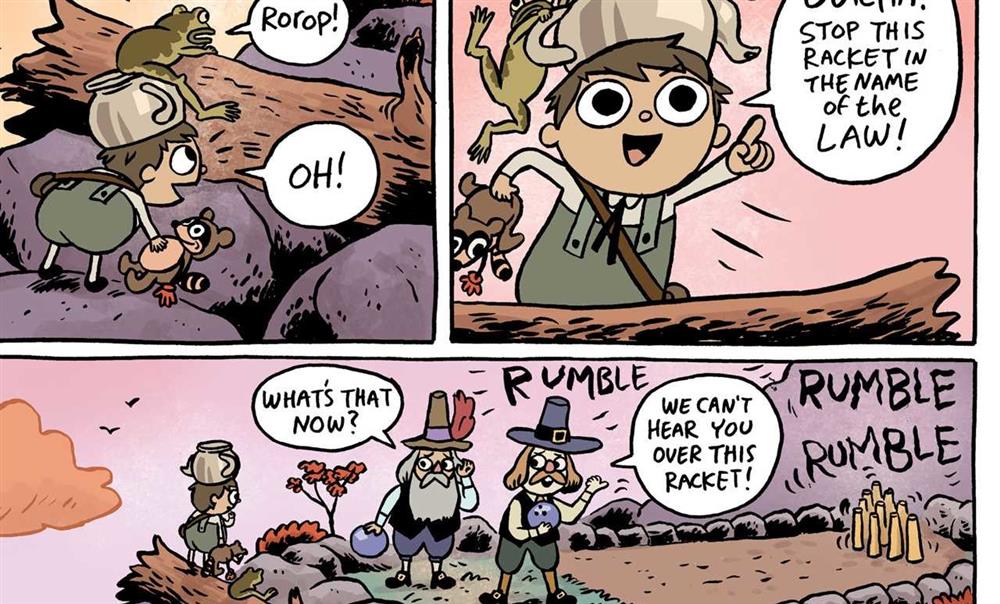 Over the Garden Wall

Based on the hit Cartoon Network miniseries created by Pat McHale, brand-new adventures await Greg and Jason Funderburker as they explore the uncharted depths of the Unknown, and pick up a few unusual friends along the way. On the other side of the forest, the Woodsman's daughter, Anna, begins her own journey and quickly learns what it takes to survive on her own, especially once she's confronted by the Beast. Collects issues #1-4 of the Eisner Award-winning, ongoing series. Jim Campbell returns to write and illustrate Greg's latest travels through the Unknown, and Anna's story is brought to life by show co-writer Amalia Levari and artist Cara McGee. "... Fun, light-hearted, kid-friendly reading that's reminiscent of the cartoon." - Bounding into Comics 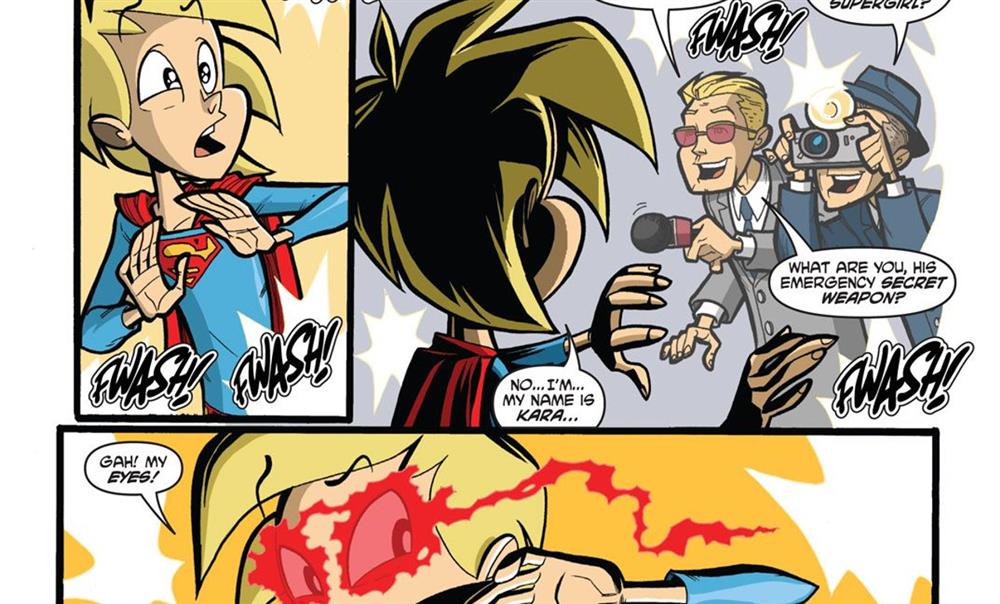 Supergirl's cosmic adventure is back in print! Supergirl meets Belinda Zee, a new junior high adversary, in this all-ages title collecting the six-issue miniseries. And that's just the start of the fun that includes super-powered pets and cosmic adventure! 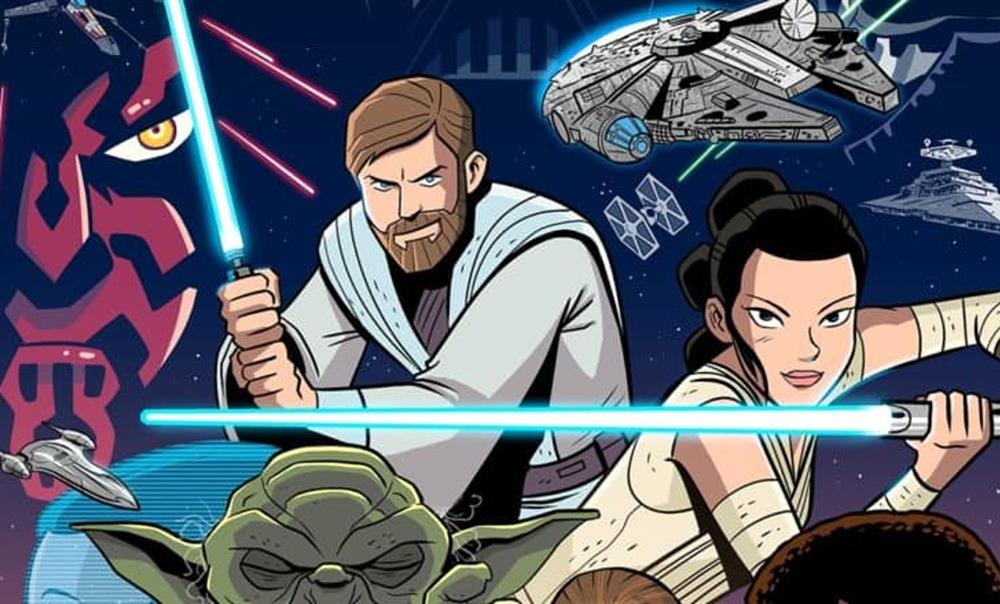 Brand-new Star Wars comic book stories for readers of all-ages! These new adventures make this sprawling universe more accessible than ever. Travel to a galaxy far, far away in the first volume of an all-new series as a rotating cast of characters (and creators!) journey through Star Wars history! Stories range from before the events of the first film all the way up to Episode VIII: The Last Jedi, in theaters December 2017. Characters major and minor, classic and new, expand the world of Star Wars into new territory, telling larger-than-life stories that encapsulate the breadth of the galactic struggle between good and evil for a new generation of fans. For fans of all ages and with a mix of old and new characters, Star Wars Adventures will appeal to Jedi everywhere, Master and Padawan alike! Collects issues #0-3! 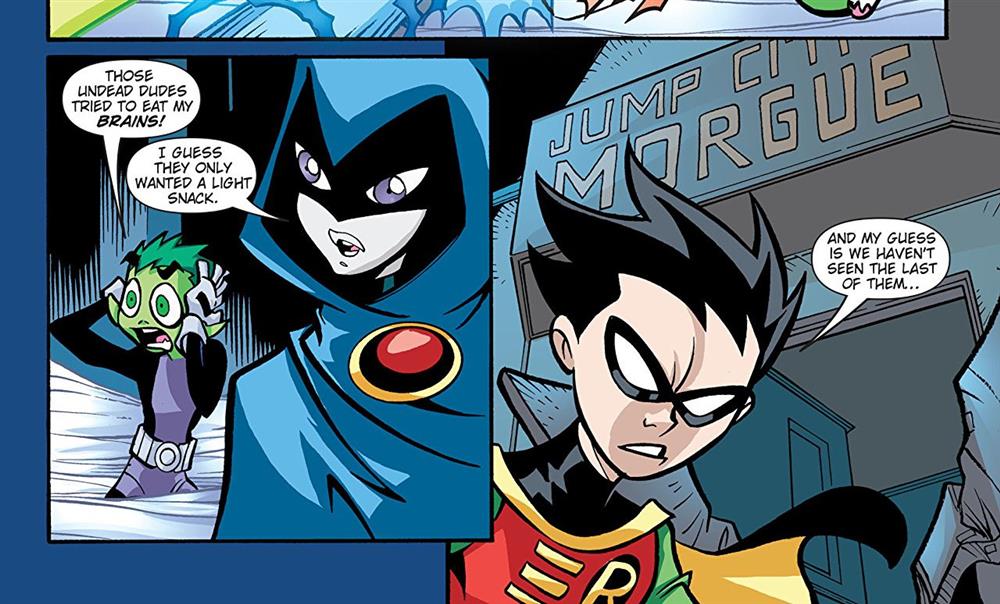 In this collection based on the hit TV show, it's Teen Titans to the rescue! First, Robin, Cyborg, Starfire, Raven and Beast Boy get their powers scrambled and no one is happy; plus a special holiday issue featuring Billy Numerous! The laughter and fun returns in this volume containing TEEN TITANS GO! #19-25. 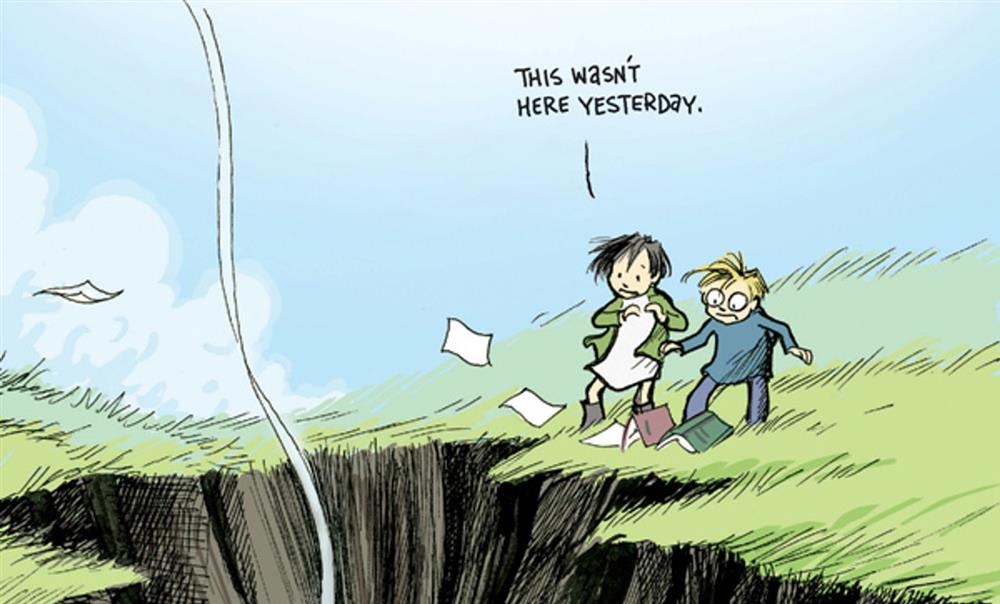 When Zita's best friend disappears in a puff of smoke, she doesn't even think before dashing after him. To her surprise, she finds herself on a planet she's never seen before. Alien chickens and insecure robots are weird enough as new experiences go, but Zita is more shocked to find herself cast in the role of an intergalactic hero. It looks like there's nothing for her to do but don a cape and officially become: Zita the Spacegirl!