What to Read Before Wonder Woman 1984 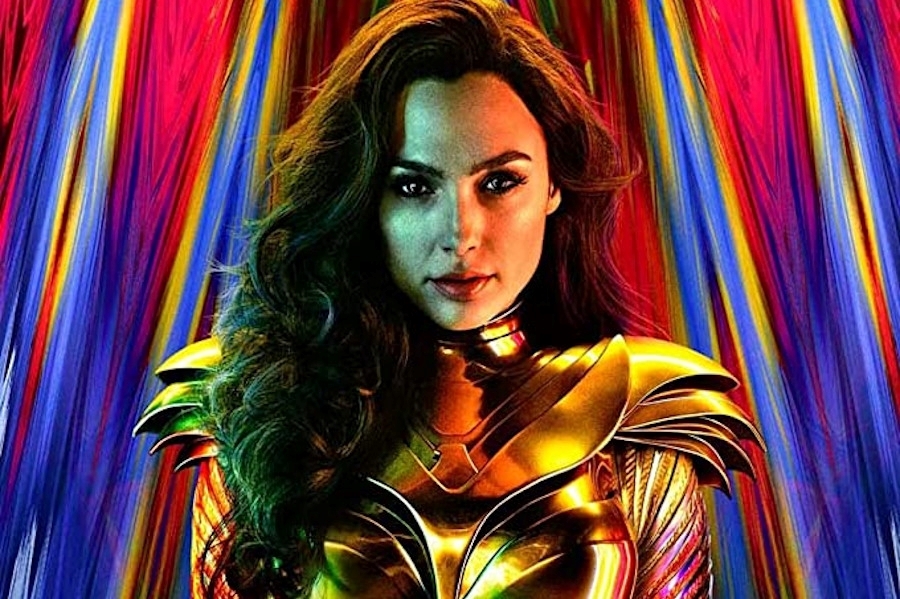 While Warner Brothers' deal to release 2020/2021’s blockbuster films on streaming as well as cinemas has been contentious with film fans at best, I am beyond excited that we are finally going to be able to watch Wonder Woman 1984 this Christmas from the safety of our homes. While we’re finally nearing the end of that wait, we wanted to provide a reading list for the colorful characters appearing in this film such as Cheetah, Maxwell Lord, and some of Wondy’s greatest stories that we think may tie into this sequel. Here are some titles we recommend so time to do your best Wonder Woman spin, pull up a book and get ready! 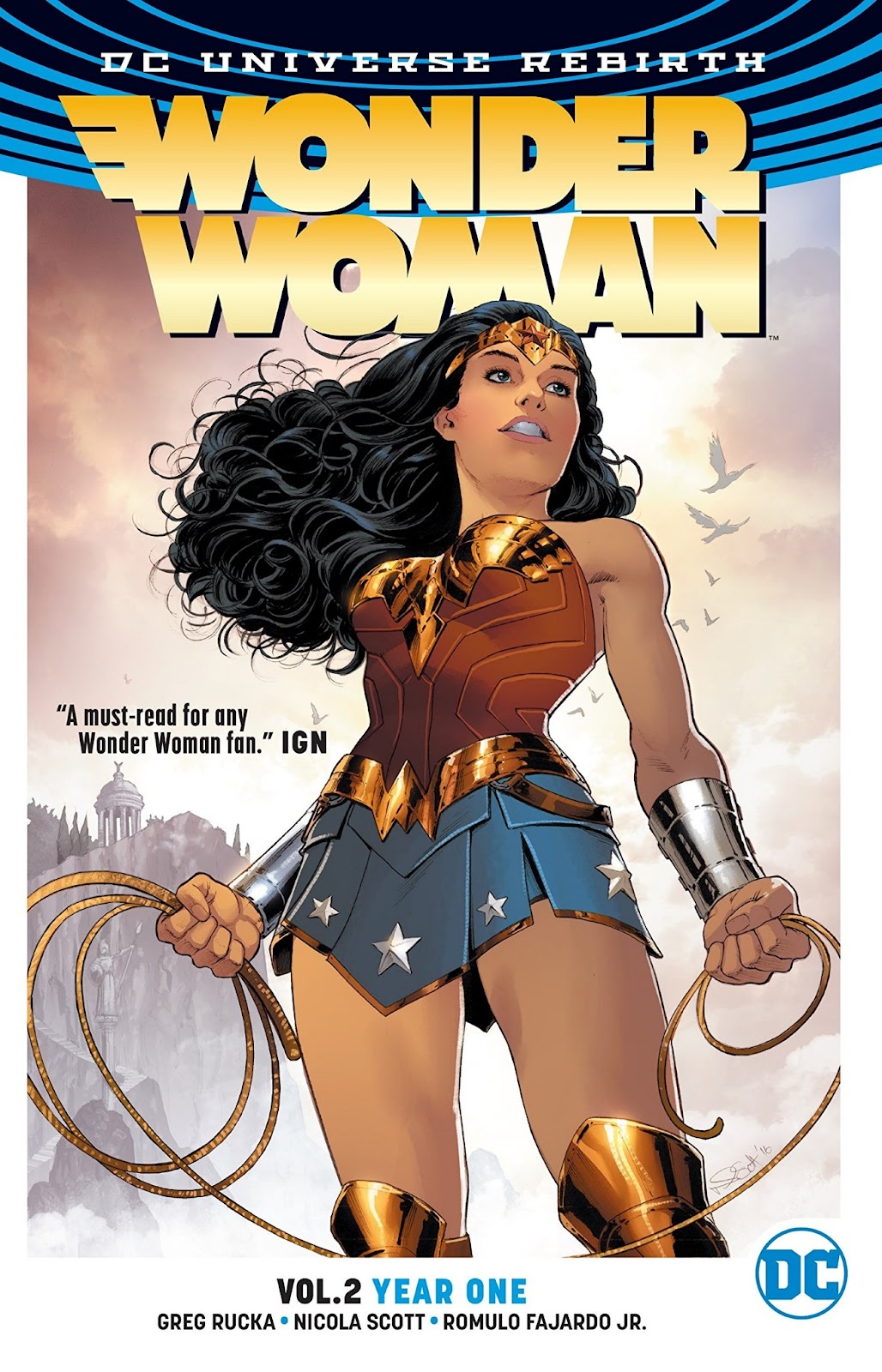 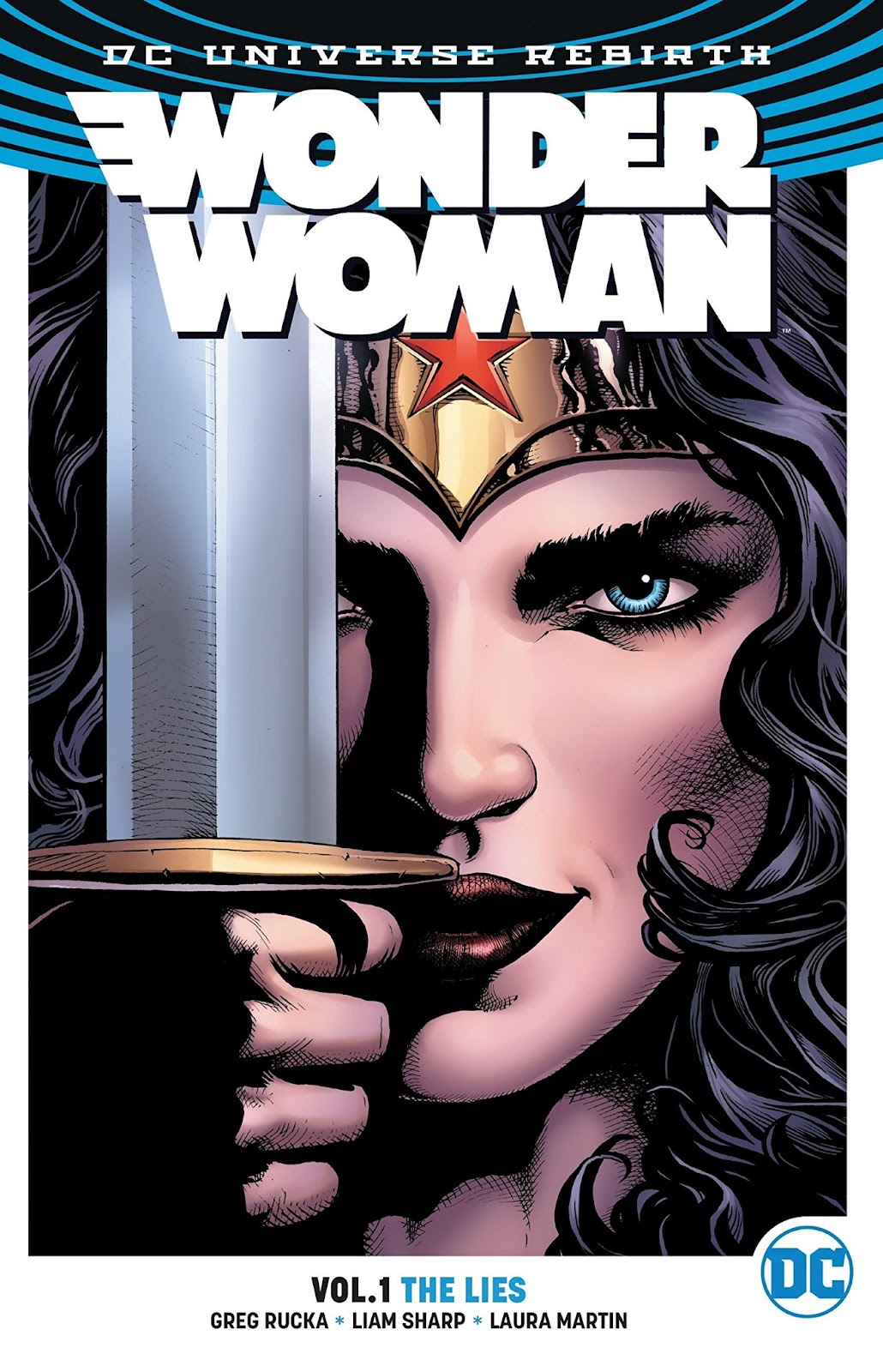 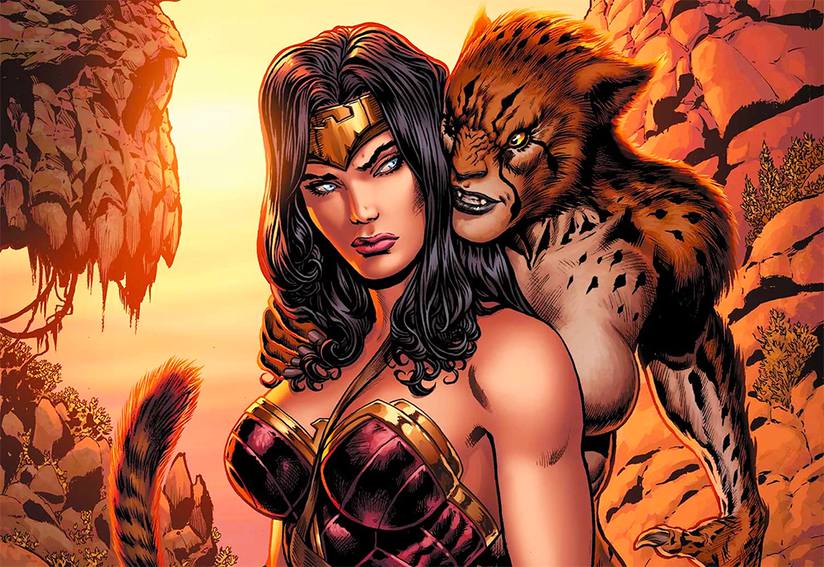 Wonder Woman Rebirth: The Lies and Year One by Greg Rucka

DC Rebirth sparked a new chapter in the DC comics mythos in 2015 and I highly recommend starting with this title because of how it rewrites the relationship between Diana and the character Cheetah as well as recontextualizes Diana’s relationship with Steve Trevor. There is so much going on in this beautifully told and illustrated new starting point for Wonder Woman and a journey of rediscovery to her origins. Diana and Cheetah team up to learn the truth of her past when the lasso of truth stops working and concurrently with this run, Rucka writes several stories of her early years as a girl on Themyscira and retells the romance of her and fallen pilot Steve Trevor. I will always have a soft spot for DC Rebirth even now as we are on the cusp of 2021’s Future State and Wonder Woman’s Rebirth run encapsulates so much of what we know so far about these characterizations for this blockbuster film! This issue was actually a one shot created for the film, and is a must read “tubular” tie in to Wonder Woman 1984. It features two stories by multiple writers and artists that tie in directly to the film, with one story involving Diana’s life at the museum and resolving a crisis involving Dr. Minerva (Cheetah) and a flashback story reprinted from Agent of Peace starring Diana and Steve. It’s a great little anticipatory story to tide us over until the film hits the small screen. 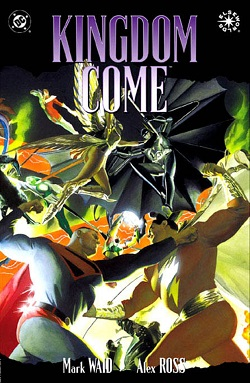 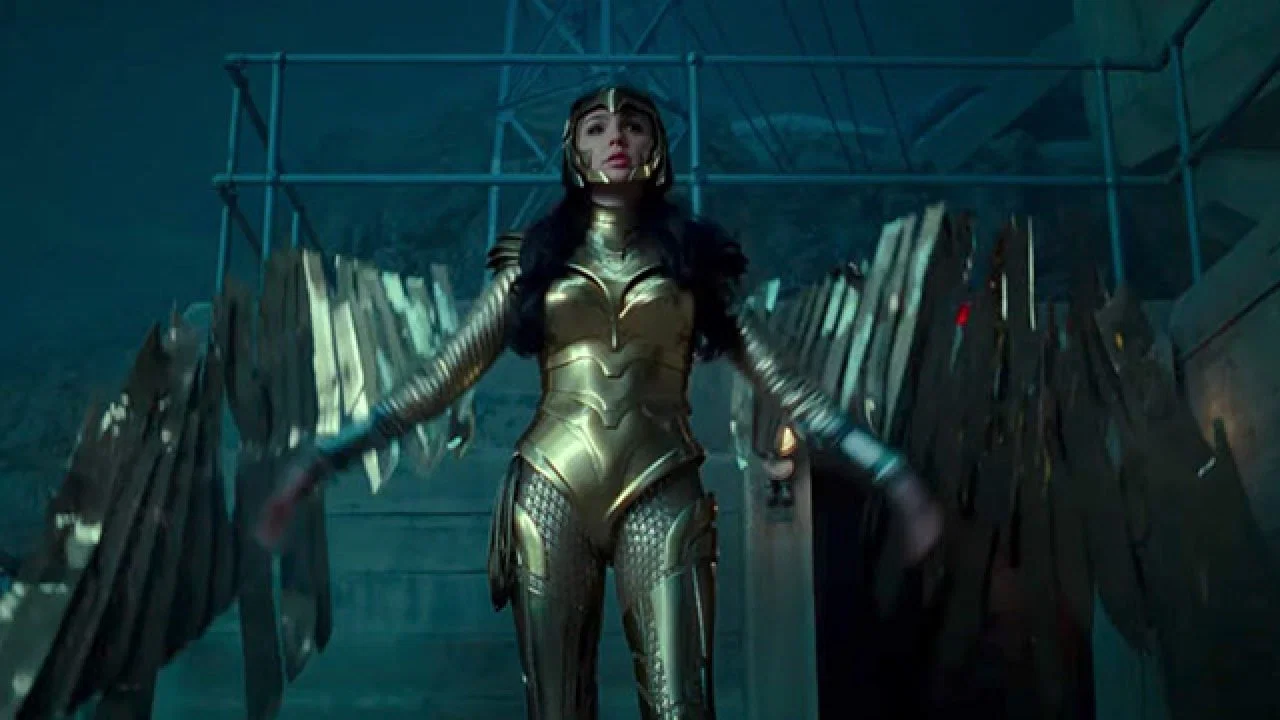 This Elseworld title needs no introduction as Kingdom Come has been a staple in the DC comics mythos for years and for good reason. Writer superstar Mark Waid and artist extraordinaire Alex Ross weave a cautionary tale of power and morals, in a bleak future where golden age heroes and newer vigilantes clash and humanity pays the price. Kingdom Come had its first hurrahs on the small screen with the CW’s Crisis on Infinite Earths last year but we didn’t get to see Wonder Woman in action in that event. In the trailers for Wonder Woman 1984 though we see Diana sport the iconic golden eagle armor she dons in this comic event, though we don’t have the context. Due to the scale of this event I don’t think we’ll see too many plot lines picked up from it but its aesthetic and gorgeous armor designs we are sure to see in the film. (Also if you have never read it you are in for a treat, it is so highly praised for a reason!) This run of Wonder Woman is one of the most well known and most revered. George Perez is a legendary artist and writer and the Diana we know and love today practically leaps of the pages of this masterfully drawn work. This run reimagined the golden age Diana into modern times and is in my opinion, the definitive Wonder Woman. It delves into the mythology of Themyscira and the world building that defines Diana continues into her story today. This is the quintessential run so I highly highly recommend it! 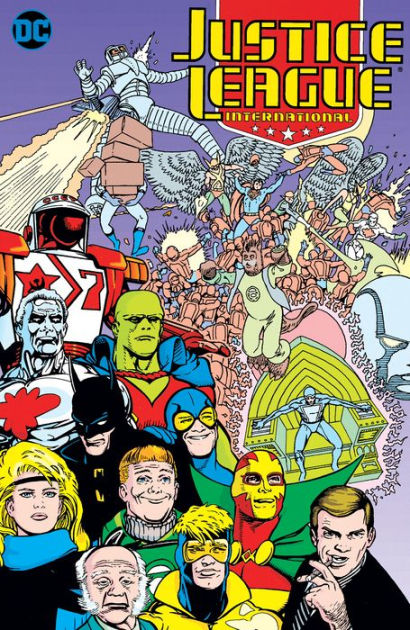 As I have stated in many a blog, Justice League International is one of my favorite comics of all time. This run actually introduces the character of Max Lord to the DC Universe and he represents another one of my favorite comic characters, Booster Gold to the fledgling league. Max is characterized more like a used car salesman than an overbearing calculated criminal mastermind, and I love him as a seemingly good natured non powered manipulated protagonist rather than a murderer and metahuman as seen in his later years as his schemes are revealed. We may not know exactly how his character will be used in Wonder Woman 1984 but his long run with DC comics and with Wonder Woman herself begins in this hilarious and in my opinion, best balanced and interesting version of the Justice League. 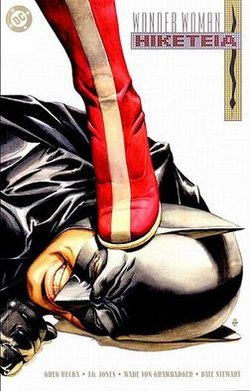 Greg Rucka’s name appears several times on this list and I don’t mean to be biased as he is one of my favorite writers but this storyline is a fan favorite for good reason. Diana partakes in an ancient Themysciran ritual called a Hiketeia where she must defend a young girl from Gotham that Batman is in hot pursuit of. Diana must choose between her duty and her beliefs and it is an absolutely stunning tragic read that will stick with you for long after you put it down. Hiketeia really gives us an idea of how powerful Wonder Woman really is when she and Batman must go toe to toe while she  is honor bound to protect someone with a checkered past.  It is a story of honor, supplication, mythology and really diving into what makes the character of Diana as amazing as she is. It also gives us the iconic line of “Don’t. Get. Up.” Which I would love to see in the films someday! 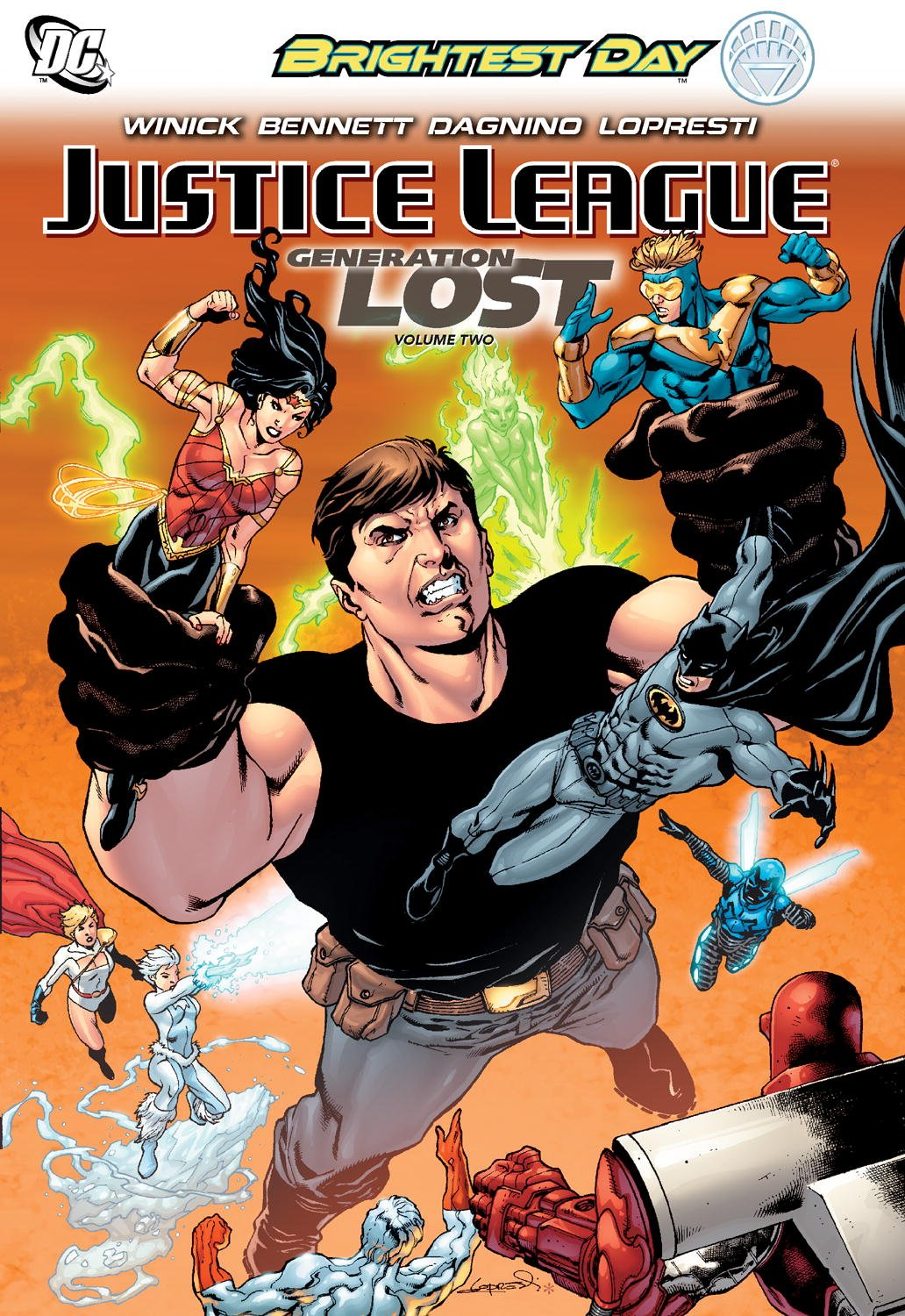 Generation Lost is where Max Lord’s nefarious deeds come to fruition. He is revealed to have metahuman powers and makes the entire world forget his existence except for a few members of the Justice League International who must stop him from seeking revenge on Wonder Woman (who had killed him once after the events of Infinite Crisis) and the OMACs from killing thousands at all costs. Generation Lost was a mega event in the DC Universe and in the end, Max seems to prevail over the heroes but it shows that the Justice League will always get back up again. I hesitate to add Infinite Crisis to this list but he plays a major role in that book and I fear that his chaotic antics will affect the film as well. While we don’t yet know his true intentions, Max Lord is a calculating character who lets nothing get in the way of his goals, even a goddess like Diana.

Wonder Woman has had an over 80 year history and she has had countless stories to tell and these are but a few of them. I hope that the titles listed here help give some insight to the characters we will see in the film and as always, we hope they open doors to new and old fans alike. We all can’t wait for this movie and we can’t wait to discuss it with you! Bedrock City Comics will be closed Christmas Day but come on by anytime this holiday, stay safe and we can’t wait to see you!